Since 2017, Chechnya’s tyrannical leader, Ramzan Kadyrov, has waged a depraved operation to “cleanse the blood” of LGBTQ Chechens, overseeing a government-directed campaign to detain, torture and execute them. With no help from the Kremlin and only faint global condemnation, activists take matters into their own hands. In his new documentary, David France uses a remarkable approach to anonymity to expose this atrocity and to tell the story of an extraordinary group of people confronting evil. 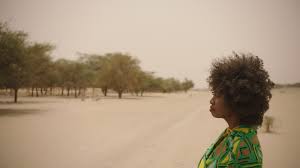 Executive Producer Fernando Meirelles (City of God, The Constant Gardener) and Malian musician Inna Modja take us on an epic journey along Africa’s Great Green Wall – an ambitious vision to grow a wall of trees stretching across the entire continent to fight against increasing drought, desertification and climate change. 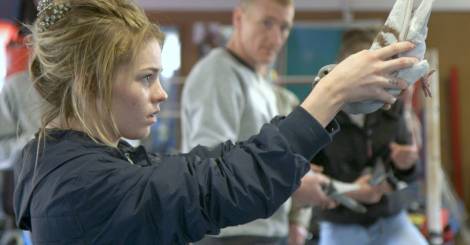 Scheme Birds bursts with the frustration of a generation of Scots let down by society’s promises. We see the fading steel town through the eyes of Gemma, a soon-to-be mother on the verge of adulthood. In a place where you “either get knocked up or locked up,” Gemma carves out brief moments of tenderness amidst the …

A group of young people, from different countries, is preparing for the “action” in some undefined, isolated space. We follow two of them – Belgis from Indonesia and Marek from Poland. They spend time on trainings. They are, for example, practice how to set up a camp and what they should do in the situation of the highly reduced body temperature. Who are they? What are their …