A growing group of young adults in Goma in the Democratic Republic of Congo are resisting the one-sided reporting about their city; reporting that only shows stereotypical images of war, violence, illness and poverty, which is the result of years of Western domination. Such images do not reflect the reality in which they live in. In Stop Filming Us, filmmaker Joris Postema shows the struggle that journalist Ley Uwera, photographer Mugabo Baritegera and filmmaker Bernadette Vivuya deal with when trying to capture and show their own experience of life in Goma. 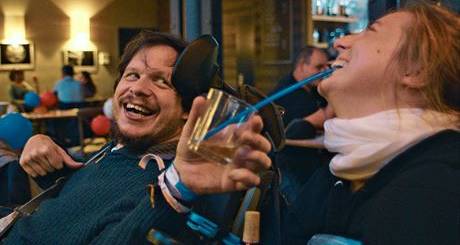 A cruel film about the joy of life. – What would you do with your life if you knew that the Grim Reaper were lurking much closer than usual? Thatʼs precisely the fate of some of the members of the popular band The Tap Tap, all of whom are disabled (or as they cynically call themselves, crippled). Yet, one thing …

At the foot of the Andes Mountains in Chile lies an idyllic German colony. However, the beauty of the place contains a grim past. In 1961, the German preacher Paul Schäfer and his congregation moved to Chile with the stated aim of helping the poor. They established Colonia Dignidad (Colony of Dignity), which transformed into a closed sect. This …

In the Philippines, women get deployed abroad to work as domestic workers or nannies. In order to do so, they frequently leave their own children behind, before throwing themselves into the unknown. In one of the many training centers dedicated to domestic work that can be found in the Philippines, a group of trainees are …